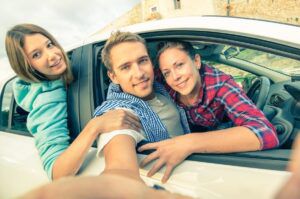 Parents have a few reasons to worry when a teen becomes a licensed driver. To start, whether they’re behind the wheel of a car, truck or van, they’re driving a piece of machinery that weighs several tons. If they crash that vehicle, there’s a huge risk of injury or death. Another reason why parents worry about their teen driver is because teens are the most likely demographic to drive drunk. That’s why California’s new ignition interlock law couldn’t come at a better time.

According to research by the National Highway Traffic Safety Administration (NHTSA) and several other California organizations, one out of ten high school students in California admit to drinking and driving and one out of four admit they got into a car with someone who had been drinking.

How is possible that a teen would get behind the wheel drunk or that they’d think it was fine to get into a car with a drunk friend? With all of the public service announcements and media shared by anti-drunk driving organizations like Mothers Against Drunk Driving (MADD), shouldn’t teens be making better choices? You’d certainly think so.

NHTSA has provided the data on how often teens are driving drunk, but MADD might have the answer as to why they’re making that choice. They found that 74 percent of teens under the age of eighteen cite their parents as the leading influence in their decisions about drinking. Given the state’s drunk driving problem, if teens in California are influenced by their drunk driving parents, it’s no surprise that they’re doing the same thing.

There is one thing that will stop both teens and their parents from drinking and driving in California: the new ignition interlock law. When it comes into effect in 2017 the state will require ignition interlocks for all offenders, and that means the decision to drink and drive will be taken out of their hands.

Driving isn’t an act that should be taken lightly. There’s a lot that can go wrong when you’re behind the wheel while sober, and if you drink you amplify that risk ten times over. If a parent is concerned his or her child is going to drink and drive, they should take a good look at their own drinking or drinking and driving habits. They might just be the reason why their child makes the wrong decision.

Friday Fallout: Tow Truck Drivers Unintentional Drunk Driving Targets
Next Post: Have You Ever Seen A Police Officer Use An Ignition Interlock?