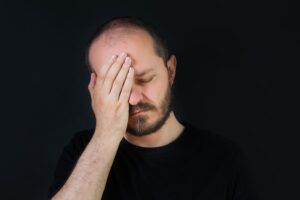 There aren’t a lot of things you can guarantee in life, but you can put money on the fact that every week that goes by, someone will make the choice to drink and drive. That’s despite the fact that there are drunk driving and ignition interlock laws designed to prevent people from making that choice.

Somehow it doesn’t seem as people are taking these laws seriously, because here are just a few of the drunk driving cases, with a strong trend toward drunk driver pedestrian crashes, from around the USA this past week.

You might think that most drunk drivers are stopped at checkpoints or pulled over by police, but a lot of them are finally stopped because they crash. It’s really all too easy to injure someone when you’re driving drunk, and a 55-year-old man from West Virginia did just that when his truck hit two pedestrians. He’d been driving with a blood alcohol concentration of .102 when he struck the women, and although one was transferred and released, the other individuals’ condition is unknown.

There’s a lot of reasons why New York State has ignition interlocks for all offenders, but driving while intoxicated (DWI) crashes like the one in Rochester recently are at the top of the list. Anyone driving on an Interstate already knows how dangerous they are, but one drunk driver got on that Interstate, crossed several lanes, and went over a concrete barrier near the city’s inner loop.

Given the high volume of cars on a ramp, it’s unbelievable that no one else was injured or killed in the crash. The driver only suffered minor injuries.

It just goes to show, drunk driver pedestrian crashes are all too common. Just like the crash in West Virginia, an Arizona man struck two pedestrians simply trying to cross the street. Thankfully both people injured are in stable condition, but the driver has been charged with DWI. Given that Arizona is one of the strictest states for DWI and has an all offender ignition interlock law, his future holds serious drunk driving penalties.

Drinking and driving is a choice, a deliberate criminal act, and there are serious consequences to getting behind the wheel while drunk. Until people realize that, we’re going to keep seeing crashes like these every single week.

Supreme Court Ruling Having An Impact On Drunk Driving Sentences
Next Post: Halloween Drunk Drivers Could Be Really Scary This Halloween