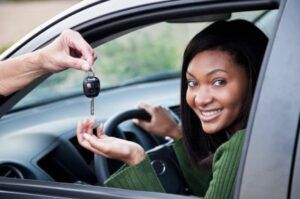 Underage DUIs are on the rise. This prompted a recent study by Liberty Mutual Insurance and Students Against Destructive Decisions (SADD). The study set out to assess teen understanding of drinking under the influence versus actual behaviors.

The survey uncovered a clear discrepancy between the what teens say and what they do. For instance, one in 10 teens surveyed about their driving behaviors responded that they never drive under the influence. At the same time they said they sometimes get behind the wheel after drinking alcohol. In addition, although 86 percent consider driving under the influence to either be extremely or very distracting, 68 percent admitted to driving after having more than three drinks. Also, 21 percent defined designated drivers as those who were “basically sober” and who, they believed, were not too impaired to drive.

Of all the teens surveyed, only 1 percent believed that driving under the influence of alcohol was acceptable. And yet 40 percent claim that alcohol has no impact on their driving. Some said it even helped.

This is a troubling finding. According to Stephen Gray Wallace, senior advisor for policy, research and education at SADD, “With teens reporting these lax definitions of what it means to be ‘under the influence,’ a zero tolerance approach is the only answer to prevent potential tragedy.” He advocates for parents and community to create an open dialog with teen drivers to ensure they understand the true stakes in these definitions.

Some schools are heeding the call for education and providing programs. In Elk Grove, California, the Laguna Creek High School was the site of a law court. This event provided teens a lesson on the consequences of drinking and driving. They witnessed an actual trial of a woman arrested for drunk driving on Super Bowl Sunday.

Hamilton High School near Chico held a similar DUI court as two defendants charged with DUIs faced real-life sentencing.  Students were clearly moved by the reality of the situation.

Still other schools use simulator programs to help students understand the physicality of alcohol impairment. The West Virginia Alcohol Beverage Control Administration (WVABCA) in partnership with State Farm and the West Virginia Governor’s Highway Safety Program created a DUI simulator. This allows students to experience difficult driving conditions under various blood alcohol content (BAC) levels. The DUI simulator has been to every high school in the state and even to numerous colleges and universities.  Over 20,000 students have participated.

San Jose has several DUI education programs including a “Crash Trailer.” This exhibit contains an automobile involved in a fatal traffic involving a drunk driver. It also provides a 2 day program called Every 15 Minutes involving a staged DUI fatal collision and mock funeral.

At Keyser High School in West Virginia, students witness a lifelike mock DUI accident staged by local first responders. The accident involves a set up involving two vehicles, one on its top, to illustrate the reality of potential dangers of drinking while driving. People portray the victims, replete with blood. The first responders even cut two of the victims out of the car.

Ford has created a new suit that simulates being drunk and can be used to train people, especially young drivers, how it feels before they try it in real life.

10 Facts About Women Drinkers
Next Post: Binge Drinking on the Rise