Most of anti-drunk-driving ads portray the horrors of the crash – we see a car, driven by a drunk, careening into pedestrians or another car full of innocents. 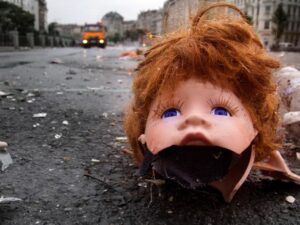 But the innocents are not always in the other car or on the street. Often they are riding with — and in the care of — the impaired drivers, who seem fine with risking their kids’ lives along with their own.

A recent study in Pediatrics found that almost two-thirds of children who died while riding with drunken drivers were not wearing seat belts. The drivers themselves often survived the crashes, suggesting that the children might have too — had they been wearing seat belts.

Another finding by the study’s authors – Dr. Kyran Quinlan of Northwestern University and researchers from the federal Centers for Disease Control and Prevention – was just as shocking. Many of the drivers involved in these fatal accidents had no valid driver’s license. Usually adults drive without a license because it has been revoked for a serious violation, such as Driving Under the Influence (DUI).

This study points to a serious problem with enforcement of DUI laws. Too many drunk drivers — unlicensed drunk drivers, no less — are getting on the roads and endangering their own children as well as everyone else on the road.

The answer is stronger ignition interlock laws and better enforcement of laws against driving without a license and mandated ignition interlocks. Right now, children’s lives are at risk, and that is never acceptable.

Previous Post: « The NFL Has a DUI Problem
Next Post: Taxi Companies and the Anti-Drunk-Driving Cause: A Natural Partnership