You are here: Home / General Information / Will Self-Driving Cars Finally Solve the DUI Problem?
May 27, 2014 by Matt Talley

The road ahead for automotive technology is pretty clear, at least to silicon valley types: self-driving cars are in our future. And the California DMV just brought the future one step closer by issuing a set of rules for manufacturers who want to test cars on the state’s roads. 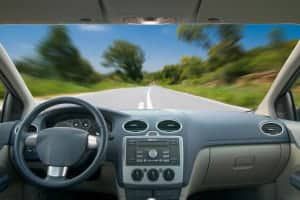 That’s right. California, known for its draconian driving regulations, is about to let self-driving cars on its roads. Of course, of the long list of requirements, some are designed to keep tinkerers and garage-based startups out of the running: massive amounts of insurance, a surety bond, and proof of financial responsibility in case the car gets into an accident.

The cars must be labeled as self-driving, much like cars with student drivers. But the most important requirement is that the person in the car is a licensed and fully-capable driver who is “capable of taking over immediate physical control” of the vehicle. California is notoriously hard on drunk drivers, reckless drivers, unlicensed drivers. The state is not about to give self-driving vehicles carte blanche.

Perhaps someday this technology will be so reliable that people who have had too many drinks at a party can hop in their self-driving cars, click a “Get Me Home” button and snooze in the back seat. But it won’t happen for decades, and perhaps never. Remember, self-driving trains (automated people movers, or APMs) have been in existence since the 1960s, but they are not very common; apart from a few subway lines, they are found mostly in airports and amusement parks. Human-populated roadways, moreover, are much more complicated than rails. One needs not only to navigate the roads but fathom the intentions of other drivers, and bear liability for accidents. It’s a lot to ask of a machine.

Incidentally, one of California’s regulations states that the autonomous vehicle test driver has not been “convicted of driving or operating a vehicle under the influence of alcohol” for the preceding ten years.

This Memorial Day Weekend, Police Are Eyeing the Fatal 4
Next Post: How to Be Arrested for DUI – Without Even Driving