Will States Lower Their Legal Blood Alcohol Limit To .05? 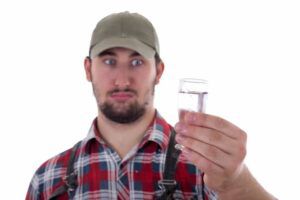 It might feel like the legal blood alcohol limit for driving has been .08 forever, but the truth is the last state to adopt it, Delaware, only did so in 2004. Prior to that the legal blood alcohol concentration (BAC) for the state was .10. There were a few other stragglers in front of Delaware that were slow to adopt .08, and most did so because Congress provided $500 million in incentives to lower the BAC from .10 after they approved the Transportation Equity Act for the 21st Century.

Now the National Transportation Safety Board (NTSB) is suggesting that all states change their laws so they lower the blood alcohol limit from .08 to .05. Why? Because they feel a lower legal limit will save lives and make the roads safer for everyone who drives on them.

The NTSB believes that lowering the legal limit to .05 will result in 500 to 800 lives saved every year. They’ve quoted data from the Centers for Disease Control that shows a 160-pound male will be at the legal limit of .08 within an hour if he downs four drinks. The same person could hit .05 within that hour even if he only drink two or three drinks, and the CDC points out that at a .05 BAC, the man will have impaired coordination and difficulty steering.

If the states do change their laws to lower the blood alcohol limit, they’ll be following most of Europe in doing so. In France the legal limit is .05, and it’s now compulsory for all cars and motorbikes to carry a breathalyzer kit. Ireland and many other countries have .05 as well, with England and Wales being the only hold out with a legal BAC of .08.

The reasoning behind the change to .05 is solid, but will the states jump on board? If the lack of response in 2013 is any indication, the NTSB may be waiting awhile to drop .08.

It’s Time For New Drunk Driving Laws In Maryland
Next Post: Say Goodbye To the Crown When You’re Stopped For Drunk Driving