Should Wisconsin DUI Penalties Be Stronger?

You are here: Home / General Information / Should Wisconsin DUI Penalties Be Stronger?
April 9, 2014 by Matt Talley 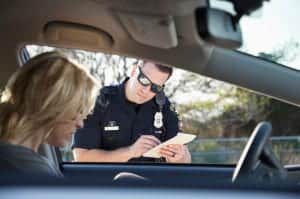 Wisconsin is the only U.S. state that does not consider a first-time DUI offense a crime. Other states require jail time, counseling, and even an in-car breathalyzer called an ignition interlock to start an offender’s vehicle. Wisconsin simply hands out a ticket.

Yet Wisconsin is infamous for its consumption of alcohol. They claim to be the number 1 binge drinkers in the country. They also have the highest percentage of drinkers per capita. Unfortunately, they also admit to having the most number of drivers under the influence on their roads.

In 2012, Wisconsin had 200 drunk driving fatalities; much higher than the national average. The Wisconsin legislature met just after St. Patrick’s Day to pass a bill clarify the current drunk driving penalties. They required penalties for those drunken drivers who injure someone. They also required prison time of at least three years for those offenders on their seventh, eighth, or ninth conviction.

Yet they did not expand or strengthen the law to address first time offenders or increase penalties for other repeat offenders. The topic is often debated. One concern is the cost of prosecuting. A state analysis concluded last year that making a third drunken-driving conviction a felony would add millions to court and correction costs.

Jim Ott, R-Mequon, has offered up numerous legislative bills to toughen penalties. “We continue to have so many outrageous crashes in Wisconsin,” Ott told The Associated Press in 2012. “Do we just sit back and say ‘we have to live with this’’ or are we going to try and do something?”

Mothers Against Drunk Driving (MADD) has been lobbying to bring Wisconsin DUI penalties in line with most other states. Programs that require an ignition interlock device have proven successful in other states. In New Mexico, for instance, DUI fatalities have been reduced by 35% since the state has required that all DUI offenders use an interlock device.