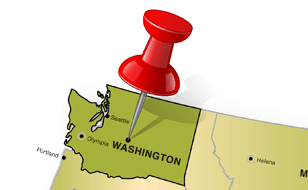 Washington has two sets of procedures that you must attend to when you have been charged with a DUI—administrative and judicial. We suggest that you consult with a DUI attorney immediately to make sure you get the best advice for your particular situation as laws are always changing.

Administrative License Revocation (ALR) Procedures
Washington Department of Licensing (DOL)
Washington is one of 42 states that has implemented ALR which means that your license will be confiscated immediately if your BAC is above .08 OR if you refuse a BAC test. Your license will either be suspended or revoked at that point, even though you have not been officially convicted in a criminal trial. In fact, you can be charged with an administrative license suspension even if you are not later charged with driving under the influence offense. This action was designed to be in addition to and separate from the traditional DUI judicial conviction penalties such as license suspension, jail time, community service hours, ignition interlock device (IID), and alcohol and drug rehabilitation.

Judicial Procedures
In Washington, the drunk driving law prohibits a person from driving when they have a BAC of .08% or higher. Courts are required to order the installation and monitoring of an interlock device for any driver whose BAC levels are .08% or higher, even if a first offense. An interlock can also be ordered a person is charged with DUI but with a lower BAC, if the person is under the influence of drugs other than alcohol, or if the person is not driving but has been convicted of a physical control violation.

NOTE: Washington State has a Deferred Prosecution program. A person charged with certain misdemeanors and gross misdemeanors, including DUI, in the district or municipal court may petition the court for deferred prosecution in certain circumstances. A deferred prosecution program requires the person to, among other things, undergo treatment in a two-year program. The court will dismiss the charges three years after the completion of the treatment program.

Felony Offense: A conviction for DUI is a Class C Felony if the driver has: (a) four or more DUI-related prior offenses within 10 years; or (b) any prior conviction of a DUI-related vehicular homicide or vehicular assault, or a comparable out-of-state conviction, or (c) if the person has ever previously been convicted of felony DUI in Washington. Penalties for felony DUI are governed by the Sentencing Reform Act, and the driver’s presumptive sentence depends, in part, on his or her “offender score” (based on prior criminal history). A DUI offender with four prior misdemeanors DUI’s will receive a presumptive sentence range of 22 to 29 months.

Need an Ignition Interlock in Washington? Start with Guardian Interlock®

Guardian Interlock offers complete installation and monitoring of an ignition interlock device on a wide range of vehicles to help you maintain compliance with Washington driving restrictions.