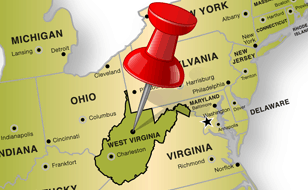 West Virginia has two sets of procedures that you must attend to when you have been charged with a DUI—administrative and judicial. We suggest that you consult with a DUI attorney immediately to make sure you get the best advice for your particular situation as laws are always changing.

Administrative License Revocation (ALR) Procedures
West Virginia Division of Motor Vehicles (DMV)
As of July 1st, the law will change for first-time offenders. The revocation will now be based on a court conviction. The DMV will no longer be able to revoke a license after an arrest based on the arresting officer’s filed statement. Now the DMV will have to wait for a court conviction of a DUI offense. Your license will either be suspended or revoked at that point. In fact, you can be charged with an administrative license suspension even if you are not later charged with driving under the influence offense. This action was designed to be in addition to and separate from the traditional DUI judicial conviction penalties such as license suspension, jail time, community service hours, ignition interlock device, and alcohol and drug rehabilitation.

You will be given a 10 day grace period during which you can drive under a temporary driving permit issued by the officer at the scene. During that time, you can request a hearing to challenge this case. This case will be heard by an administrative law judge. If you do not request a hearing, your license will be automatically remain suspended on the 11th day for 6 months. After the suspension period, you will have a restricted license allowing you to drive to work or school, health care providers, parole or probation meetings, drug and alcohol counseling, court-approved locations, and emergencies. West Virginia allows you to install an interlock device in lieu of suspension after 30 days.

Judicial Procedures
In West Virginia, the drunk driving law prohibits a person from driving when they have a BAC of .08% or higher. Courts are required to order the installation and monitoring of an interlock device for any driver whose BAC levels are .08% or higher, even for a first offense.