10,000 Expected To Use Ignition Interlock Devices Within 10 years 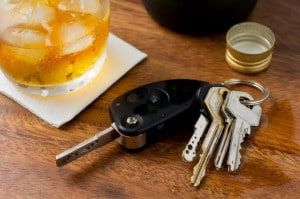 When South Carolina driving under the influence (DUI) laws changed to include Emma’s Law this past May, MADD was on hand at the signing to support the Longstreet family and Governor Nikki Haley. Named for Emma Longstreet, a six year old girl who was killed by a drunk driver on New Year’s Day 2012, the bill requires all convicted drunk drivers, even first time offenders, with a blood alcohol concentration of .15 or great to install an ignition interlock device in any vehicle they drive for six months. First time offenders can also ask for an ignition interlock device instead of the license suspension required as a part of their South Carolina DUI penalties.

MADD’s statistics on ignition interlock devices demonstrate that they save lives.

Using an ignition interlock has been shown to reduce the likelihood that a driver will drink and drive again by up to 67%. Since they’ve been promoting the devices they have supported 24 states in passing all offender ignition interlock laws and in Arizona, Oregon, New Mexico, and Louisiana, they’ve seen a reduction in DUI deaths by 33 to 46%.

That’s a lot of lives saved by one small device, and now that Emma’s Law is fully in place and the number of ignition interlock devices increases South Carolina, the state should see a reduction in DUI deaths as well.

Interlock Devices Now Required For All Offenders In Mississippi
Next Post: Here’s What Happens When You Violate Leandra’s Law