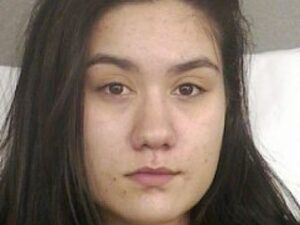 With how easy it is for photos and information to go viral these days, it’s no surprise that one tweet has the potential to alter lives. Unfortunately for Kayla Mendoza, one tweet was enough to ensure she received a long prison sentence.

In November of 2013, Mendoza was out drinking with her friends. She was an underage freshman in college, and she drank two extra large margaritas before tweeting she was ‘2 drunk 2 care.’ She then decided to get behind the wheel of her car and drive the wrong way down an expressway in Florida, driving at speeds up to 80mph when she crashed straight into two best friends who were on their way home after a night out. The girls she hit were killed, and she suffered head injuries and broke both legs.

When her blood alcohol concentration (BAC) was tested, she was found to be twice the legal limit and had marijuana in her system. She was charged and convicted of two driving under the influence (DUI) manslaughter charges, and for her crimes was sentenced to 24 years in prison and 6 years probation after that. She’ll also never drive again because her driver’s license has been permanently revoked. Normally, Florida driving under the influence laws requires a first offender to spend not more than 6 months in jail, pay fines up to $1,000, and lose their driver’s license for one year, but DUI with manslaughter charges require extra penalties.

The ‘2 drunk 2 care’ tweet wasn’t the only social media update that sealed Mendoza’s fate. She also tweeted she was a ‘pothead princess’ and often sent out updates about how she was drunk, baked, and high. Maybe the severe penalties will be an example of how severe DUI crashes can be and how social media updates can come back to haunt you long after you’ve posted them.

Will Your Big Mac Come With A Breathalyzer?
Next Post: Field Sobriety Test May Be Admissable In California