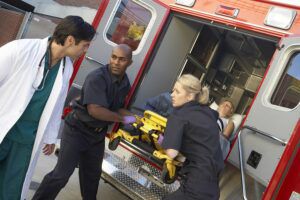 Out of all the states in the USA, Florida really does have one of the worst reputations for drunk driving, mostly because of the number of alcohol related crashes in Florida. Not only are crashes frequent, but they tend to veer away from a small fender bender into crashes that result in severe injury or death.

Alcohol related crashes like one that just happened in Port Richey happen all the time in Florida, but that doesn’t make it any less tragic when people die because someone made the careless choice to drink and drive. That’s why a 65-year-old woman died when a vehicle crashed into the back of her vehicle after he tried to over take her. Thanks to a drunk driver driving at double the legal blood alcohol content (BAC), both vehicles involved left the road, and the woman died from her injuries.

Crashes that alcohol related crashes in Florida tend to involve speed, and one crash in Coral Springs is no exception. The drunk driver was going 100 mph when he crashed into the back of another vehicle and caused a fiery explosion. One nineteen year old man died when he was ejected from the vehicle, and others were injured.

When police obtained the drunk driver’s BAC they found he was driving at double the legal limit. He’s been charged with DUI that causes death, DUI that causes serious bodily injury and reckless driving.

These are just two alcohol related crashes in Florida, and there are many more every week. That’s why it’s time Florida got smart and passed an all offender ignition interlock law, and with House Bill 949 on the table, it might finally be that time for the sunshine state.

Finally – Ignition Interlocks For All Florida DUI Offenders?
Next Post: Don’t Ruin Your St.Patrick’s Day With a Drunk Driving Charge