Nevada All Offender Ignition Interlock Law On The Way

You are here: Home / Law / Nevada All Offender Ignition Interlock Law On The Way
July 18, 2017 by Matt Talley 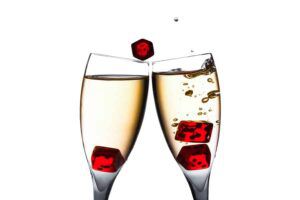 Nevada might be a well-known place to kick back, drink, and have fun, but it also now has the distinction of being the thirtieth state to pass an all offender ignition interlock law. Given the amount of crashes happening in and around Las Vegas, it looks like a timely moment to pass such a law too.

Senate Bill 259 was recently signed by Governor Brian Sandoval, and that bill requires anyone who is arrested with a blood alcohol concentration (BAC) over .08 to use an ignition interlock device for 90 days after a DUI arrest. Once that person is convicted of DUI, he or she will be required to use the ignition interlock for at least six months.

When this change comes it will be a big switch from the current DUI laws. Right now if a first offender is arrested for drunk driving in Nevada, he or she needs to have a BAC of 0.18, over double the legal limit, for a judge to require an ignition interlock for a period of 1 year. They also may order the interlock for any first offender with a lower BAC for three to six months, but that’s strictly at the judge’s discretion.

The new all offender ignition interlock law in Nevada is coming in at a time when crashes seem to be escalating in the state. Two teenagers were just killed when a drunk driver collided with their vehicle and they were both ejected. He’s been charged with two counts of DUI resulting in death. Another crash near Carson City happened because a drunk driver crossed a double line on a highway and hit another vehicle head on. She’s also been charged with DUI.

Thankfully the new Nevada all offender ignition interlock law will take effect on October 1st, 2018, and to stop first time drunk drivers from becoming repeat offenders, it can’t come a moment too soon.