How Is Arizona Doing In The Fight Against Drunk Driving?

You are here: Home / General Information / How Is Arizona Doing In The Fight Against Drunk Driving?
April 25, 2016 by Matt Talley 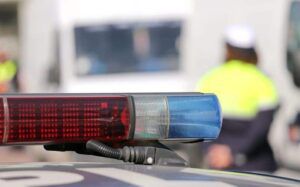 Arizona is a state that’s long been involved in the fight against drunk driving, but it’s also a state that’s taking big steps to solve the problem. The state hasn’t reached its goal of zero drunk driving deaths, but that hasn’t stopped lawmakers and law enforcement from passing laws and taking part in initiatives to keep working toward that goal.

Here are a few ways Arizona is taking part in the fight against drunk driving:

Out of all of the states, Arizona is one of the strictest as far as drinking and driving is concerned. It’s known as a Zero Tolerance DUI (driving under the influence) state, and if a police officer thinks you’re impaired to even the slightest degree, that officer can charge you with DUI.

It might sound extreme, but it’s true: even one drink can result in a drunk driving charge in Arizona.

Arizona also has an Extreme DUI designation. If you drive with a blood alcohol concentration (BAC) over 0.15 or higher, you could be convicted of Extreme DUI.

An Extreme DUI is a criminal misdemeanor in Arizona, and for a first Extreme DUI conviction you’ll lose your driver’s license for one year, be required to pay approximately $2,400 in fines, and must install an ignition interlock in any vehicle you drive.

For the past five years, Scottsdale police have attended different events to ask people if you ‘Know Your Limit.’

Designed to educate people who are drunk at events, they approach event goers with a breathalyzer, take a reading, and let them know about the penalties if they decided to get behind the wheel. At a recent Waste Management event in Scottsdale, police came in contact an average of 7,000 people over four days. That’s a lot of people who could have potentially jumped behind the wheel and drove drunk.

With penalties and initiatives like these, Arizona is a state others can look to as a good example in the fight against drunk driving.

A Parent’s Nightmare: Teen Drunk Driving In Colorado Kills Two
Next Post: This Is Why Anyone With A DUI In Georgia Needs An Ignition Interlock