Arizona Has The Toughest DUI Laws In The Country

You are here: Home / Law / Arizona Has The Toughest DUI Laws In The Country
November 6, 2015 by Matt Talley 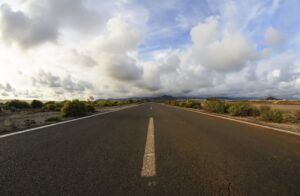 Arizona might be home to stunning dessert vistas and temperatures that regularly top 110 degrees, but that’s not what the state is well known for. Out of all the states in the USA, Arizona places #1 on the list of harshest driving under the influence (DUI) laws in the entire country.

In terms of penalties, Arizona is leading the crackdown for drinking and driving. A first offender in the state will receive the following penalties:

If that’s not enough to scare you, you can receive more severe penalties depending on your blood alcohol concentration (BAC) at the time of arrest. If you have a BAC of .15 or higher, you could be charged with Extreme DUI. Anything higher than a .20 on a breathalyzer will result in a charge of Super Extreme DUI.

Maybe if more states followed Arizona’s example, drinking and driving would be a thing of the past in the United States.

Stamos Joins Long List Of Celebrities Who Drink And Drive
Next Post: Want To Know How To Stop Drugged Drivers? Ask Washington State