Baby On Board With Mom Who’s Drunk Driving In Florida

You are here: Home / General Information / Baby On Board With Mom Who’s Drunk Driving In Florida
January 7, 2016 by Matt Talley 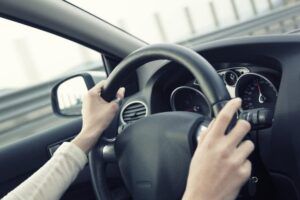 It’s one thing to make the choice to drink and drive when it’s only you in the car: it’s another to decide you’re going to be drunk behind the wheel and drive when your baby or child is in the back seat. Not only are you taking a chance with your own life and the lives of innocent strangers on the road with you, you’re putting your own child’s life at risk.

When one woman was arrested for drunk driving in Florida recently, troopers were surprised to find her 5-month old child strapped into the back seat of the car. They discovered the baby after she hit another drive head-on, sideswiped another car, and was helped out of her car by a passer-by who called 911.

When troopers arrived they noted that she smelt of alcohol and failed two field sobriety tests. After they escorted her to the squad car, she began screaming that she couldn’t go to jail and that she needed to breastfeed her son. That’s when she kicked the trooper who was trying to arrest her.

A charge of drunk driving in Florida will net any offender possible jail time, a drivers license suspension, fines, and if and when they receive the privilege to drive again, an ignition interlock for a period of time. In this case, because the offender was already on probation and she was drunk driving with her child in the back seat of the car, she’ll likely receive even stiffer penalties. On top of the driving under the influence charge, she could also be charged with child endangerment.

Wouldn’t it be great if everyone did the right thing and choose a sober driver after they’ve been drinking? Or, at the very least, never took their innocent children along for the ride if they decided to put their keys in the ignition and drive anywhere.

New York Post Proclaims This Man An Idiot For His Drunk Driving Video
Next Post: 15 Years To Life For Drunk Driving In California