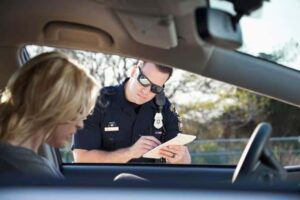 If a person is determined to drink and drive or they think drinking and driving isn’t a big deal, it can be really hard to stop them. From the moment he or she pulls out of the driveway or parking lot that driver is a danger to themselves and others, and it’s even worse if they have innocent passengers in the vehicle.

That’s why there are laws like Leandra’s Law. Named for Leandra Rosado, an 11-year-old girl who was killed when her friend’s mother drove drunk and flipped her car, Leandra’s Law was signed into New York law in 2009. It states that any driver who drinks and drives with a person under the age of 15 or younger in the vehicle will receive an automatic felony on his or her first offense.

It’s hard to believe that anyone would think it was OK to drive drunk with children in the vehicle, but Leandra’s Law is put into play more frequently than you’d think. One of the recent cases involved an underage drinking driver and the four children she was babysitting.

She was caught in a mall parking lot after someone noticed her wandering, unable to find her vehicle, with four small children in tow. That person called 911 to report an intoxicated driver, and she pulled her own vehicle across the exit so the young woman couldn’t leave until the police arrived.

Turns out, the driver was only 19 years old, and she was babysitting the four children who were passengers in her car. She’s received multiple charges including driving while intoxicated (DWI) and a violation of Leandra’s Law, aggravated DWI with a child passenger 15 years or younger.

It’s bad enough when you drink and drive on your own, but it’s unthinkable to put the life or lives of innocent children in danger. This driver has learned that at a very young age, and hopefully that felony charge sets the tone for this young girl and anyone reading her story. When kids are involved, a first offense can stay with you for a long time.