California Laws May Tighten Up For People Who Drink And Boat

You are here: Home / General Information / California Laws May Tighten Up For People Who Drink And Boat
March 9, 2015 by Matt Talley 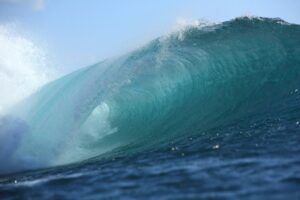 Motor vehicles are dangerous. They are built to get you from point A to point B quickly, and because of their size and potential for speed, a motor vehicle crash can be devastating for the driver and anyone else involved. That’s why there are strict licensing requirements for anyone who drives a motor vehicle, and if you decide to speed, drink and drive, or drive recklessly, you’ll be violating the terms of your license and breaking the law.

Under California law, boats and other watercraft are considered a motor vehicle too, but you don’t need a driver’s license to use one. Because of that, some people feel as though they can drive a boat without the same care and attention they would use with a motor vehicle, and that’s where they get into trouble. Although you’re out on the open water without roads and the potential for checkpoints, reckless boating or boating under the influence (BUI) is just as dangerous as if you were to drink and drive behind the wheel of a car or truck. In California alone there were over 4,000 recreational boating crashes in 2013, and those crashes resulted in 560 deaths and 2,620 injuries.

Because of the danger of drinking and boating, a California Bay Area assemblyman would like to see bill AB 539 passed. It would allow law enforcement to obtain a search warrant to test the blood of anyone who is operating a boat under the influence of drugs and/or alcohol. The new bill is an expansion of 2013’s SB 717 bill that allowed for search warrants for blood tests of any motorist who refused to submit to blood work after being arrested on suspicion of driving under the influence (DUI).

Alcohol is considered a leading cause of crashes on the water in California, and although you can’t install an ignition interlock device in a boat, holding people accountable for boating under the influence and subjecting them to the same penalties as DUI is a positive step forward in keeping people safe when out on the water.