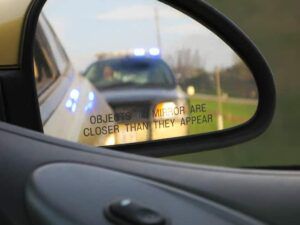 Picture this: you’ve had a few drinks and you want to head home and go to bed. You don’t feel ‘drunk’ really, so you decide to get behind the wheel of your car and drive yourself home. It’s only when you see the lights flashing at a checkpoint up ahead that you think you might have made a mistake drinking and driving, but you pull up and hope for the best.

When you roll down your window and answer the questions the officer asks, you can tell he suspects you of drinking and driving. Suddenly you panic. What are your choices at this point? You’ve heard breathalyzers are not accurate, and you worry you could blow over .08 even if you’re not over the legal limit.

You could prove you’re sober by requesting a blood test, but you know they take a long time to process and you just want to go home. Maybe you should just refuse everything and hope the police let you leave?

When you’re pulled over for driving under the influence and you’ve been drinking, you don’t really have a lot of choices. If you’re over the legal limit, each decision you make will lead to penalties. You should also take implied consent laws into consideration: in most states, you are required by law to submit to a breathalyzer or chemical test to determine what your blood alcohol concentration (BAC) is or whether you have drugs in your system. Because there is no breathalyzer for drugs, if the officer suspects you of driving under the influence of drugs he or she will ask you to submit to a chemical test.

The penalties for refusing a breathalyzer or blood draw can result in a longer suspension of your drivers license and enhanced penalties if you are found over the legal limit and are convicted of DUI. You will be fined, you will lose your license for one year for a first refusal, and you could be sent to jail if you are convicted of DUI at a later time. If it is your second refusal, you lose your license for two years.

Breathalyzer, blood draw, or just say no to both? Yes, it’s your choice, but before you decline just remember: what happens after you refuse isn’t much better than what happens if you decide to cooperate. If you want to avoid all of these issues there’s only one choice for anyone, and that’s not to drink and drive.