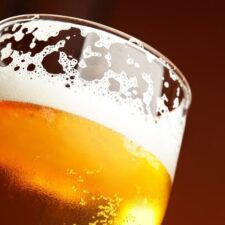 We all know drinking and driving is a bad idea. Every time you get behind the wheel after having a few drinks, you have an increased risk of crashing your vehicle. But did you know it’s more likely you’ll crash if you are drinking and driving under the influence of alcohol than if you drove after you’ve used marijuana?

A study from the National Highway Traffic Safety Administration (NHTSA) found that those drivers who used marijuana had a lower crash risk than drivers who drank alcohol and drove. There are a lot of different reasons why a detectable drug presence doesn’t measure up to alcohol when it comes to driving, and one major reason is that alcohol is fairly predictable. There is concrete data as to how long it takes the body to metabolize it, so it’s easy to tell how much or how little alcohol will affect your driving skills. Because there are so many different types of drugs and each are chemically different, it’s hard to accurately say how your body will react. You could be severely intoxicated from one drug while showing little effect from another.

Although the NHTSA study shows that marijuana use doesn’t affect your crash risk, Colorado is one state that’s decided to fight back against marijuana-impaired driving. They have driving under the influence (DUI) and driving while ability impaired (DWAI) laws that set a THC blood alcohol threshold of 5 nanograms per milliliter. If police determine you violate that threshold, Colorado penalties include jail time, license suspension, and the possibility of an ignition interlock in any vehicle you drive.

Previous Post: « New Location: Precision Auto Repair of Hudson Massachusetts
Next Post: California Laws May Tighten Up For People Who Drink And Boat