Friday Fallout: Can You Bribe Your Way Out Of A DUI Arrest? 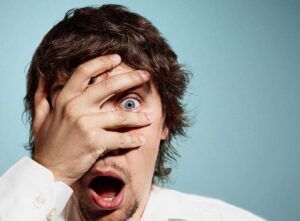 When a police officer makes a DUI arrest, there’s no room for error. Each step of the process has to be detailed and properly documented in order for a possible arrest to stand up in a court of law. There’s no room for negotiation on the part of the offender either, but that hasn’t stopped some from trying.

One offender in Cobb County, Georgia decided that, despite the fact that he was drunk behind the wheel and just arrested for drunk driving, it could still be his lucky day. He was arrested in a church parking lot after he was pulled over by the police. When the officer looked inside the car he saw open alcohol, and the driver exhibited signs of being drunk.

Instead of complying when asked to perform field sobriety tests, the offender ran away. Police caught up with him and it took five officers to hold him down, but they finally managed to get him in the back of a squad car. That’s when he began negotiations to get out of his DUI arrest.

He offered the police officer one million dollars if they would release him. When that didn’t work, the offender also offered to shoot the officer in the back of the head. That didn’t go over so well either: he’s now been charged with DUI, making terrorist threats, bribery, and other offenses.

Just for the DUI arrest he’ll pay stiff fines, lose his driver’s license for a period of time, and if he’s lucky and he’s a first time Georgia offender, he’ll be able to access the new ignition interlock restricted license available to some drunk drivers.

This offender could chalk his behavior and attempted bribery up to being drunk, but it doesn’t matter how he reasons it because he’s in big trouble either way. Everyone can learn a lesson from this offender: DUI and bribery don’t mix any more than drinking and driving do, so you might want to avoid both.

Teen Thanks Police For Her Arrest For Drunk Driving
Next Post: Normalizing Or Condemning? MTV’s Take On Driving Under The Influence