Want To Avoid A BUI? Don’t Drink And Boat 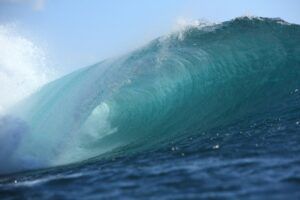 Boating under the influence (BUI) isn’t a widely used term for most drivers, but it’s a frequently used term in the summer for the Coast Guard. Because every single year thousands of people are stopped for drinking and driving in their boats, it appears that people don’t seem to get that when you drive a watercraft after drinking, you can and will be charged with BUI.

To be charged with BUI, you must be operating a boat and have a blood alcohol concentration (BAC) over .08. The Coast Guard regularly patrols lakes and ocean front in the United States searching for people who get behind the wheel of their boats after drinking, and it’s estimated that nearly ¼ of all boating deaths in 2014 were due to alcohol consumption.

Some states are really cracking down on people who boat under the influence. Take Nevada for example—they’ve recently kicked off an enforcement campaign called Operation Dry Water, and they’re dedicated to stopping people from boating under the influence. If you’re a first offender in Nevada and you’re stopped for BUI with no injuries involved, you could receive 6 months in jail or $1,000 fine. If there was an injury resulting from a BUI, you could be charged with a felony, may pay up to $5,000 in fines, and you could receive up to 15 years in prison.

You can stay safe during the busy summer season on the water by following a few boating safety tips:

It’s great to have some summer fun out on the water, but that summer fun can turn deadly if you drink and boat. All you have to do to avoid a BUI charge this summer is to leave the alcohol at home.