A California Checkpoint Wasn’t Enough To Stop This Driver

You are here: Home / News / A California Checkpoint Wasn’t Enough To Stop This Driver
March 18, 2015 by Matt Talley 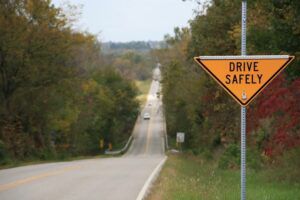 Checkpoints are designed to surprise drunk drivers who are driving under the influence (DUI), and they usually do just that. But sometimes a checkpoint nets both the driver and the police a bit more than they bargained for, and one crazy crash at a checkpoint in California makes a great example of why the state needs to pass an all offender ignition interlock law.

An overnight checkpoint was set up in San Clemente, California recently, running from 7 pm on a Friday night to 3 am on Saturday morning. As far as checkpoints go, this one was successful in that it stopped 568 vehicles and screened 523 drivers. Although one driver was arrested on suspicion of DUI, one person stopped for driving on a suspended license, and two vehicles towed, the real drama came when one driver failed to stop at all. He crashed straight into the checkpoint, fortunately avoiding injuring anyone in the process.

Although the specific details of his arrest aren’t known, current California DUI laws aren’t as harsh as they could be, and drivers like the man who plowed into the checkpoint continue to get behind the wheel after drinking. The state currently doesn’t require a first time offender to install an ignition interlock device, and that one penalty could stop thousands of people from even starting their vehicle if they decide to drive drunk.

California has an all offender ignition interlock bill on the table right now, and if passed, California DUI rates could see a serious drop. In 2012 alone there were 172,345 people arrested for DUI in the state, so having one drunk driver crash into a checkpoint was just one more inevitable outcome of having that many intoxicated people on the road.

The race is on – will the next state to sign an all offender ignition interlock law be California or Maryland, or Texas?