California Senate Votes To Bring The Ignition Interlock To All

You are here: Home / General Information / California Senate Votes To Bring The Ignition Interlock To All
April 20, 2016 by Matt Talley 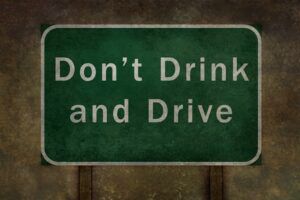 In 2010, California took a big step in the fight against drunk drivers. The state voted to implement an ignition interlock pilot program in four counties: Alameda, Los Angeles, Sacramento, and Tulare.

In those counties driving under the influence (DUI) offenders convicted of DUI with drugs/alcohol, felony DUI with injury, or vehicular manslaughter while intoxicated are required to install an ignition interlock in any vehicle he or she drives. In other counties in California, the judge will decide whether or not the offender receives an ignition interlock.

By all accounts the pilot program has been a success, but it’s set to expire in 2017. That’s given lawmakers in California the motivation to push through an all offender ignition interlock bill. Senate Bill 1046 would require all convicted offenders in all counties to drive with an ignition interlock, and it’s already passed the Senate Public Safety Committee with a unanimous vote.

Support for the ignition interlock is growing across California, and one county in San Diego even held a meeting recently to agree to support any state legislation that would require DUI offenders to install the devices. The San Diego County Board of Supervisors also sent a letter of support in the hopes that Bill 1046 would pass.

If California passes an all offender ignition interlock law across the board, the state will be the 26th state to require the devices for all convicted drunk driving offenders. With Mothers Against Drunk Driving (MADD) recent report showing that 1.77 million drunk drivers have been stopped from driving their cars by ignition interlocks, it will be hard for lawmakers to vote against it.

California has already seen how ignition interlocks work to stop drunk drivers, and now is the time to move beyond that pilot program and put laws into place that will stop all drunk drivers in all counties

Drunk Driving Conviction In Oklahoma? This Could Affect You.
Next Post: Pennsylvania Should Pass An All Offender Ignition Interlock Law