You are here: Home / General Information / You Can Be Charged With DUI If You Drive After Using Inhalants
June 30, 2015 by Matt Talley 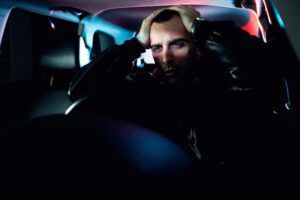 If you sat down and took a look at the history of how people have driven under the influence over the past 50 or so years, you’d see a drastic change in driver behavior and an even bigger change in what substances those people have taken before they get behind the wheel.

Gone are the days when hard liquor was the drink of choice: now you’ll find drunk drivers fueled by a combination of alcohol, drugs, and in some cases, inhalants or aerosol propellants. You know alcohol affects your coordination and reflexes in such a way that drinking and driving is dangerous, but how do inhalants affect you while driving?

One man challenged a DUI conviction because he was in care and control of the vehicle after using inhalants, and after going all the way to the Montana Supreme Court and losing, he’s set a precedent for all drivers who think they can drive under the influence of aerosol propellants.

A motorist can and will be charged and convicted of driving under the influence in Montana if he or she is in care and control of a vehicle after inhaling aerosol propellants. The man challenging his conviction was charged with felony DUI after he crashed into a utility pole. This was his fourth DUI, and although his toxicology report indicated he was driving under the influence of an aerosol dust remover, he attempted to have the felony charge dropped by arguing that the word ‘drug’ doesn’t include inhalants.

But the state Supreme Court had a different opinion, and because the definition of drug means a substance that alters one’s consciousness, his use of inhalants can be the basis of a DUI charge.

Because a fourth DUI is a felony in Montana, the driver in this case could receive up to 5 years in jail, $10,000 in fines, a driver’s license suspension of a minimum of one year, and a required ignition interlock program when he receives his driver’s license back again.

This case could set a precedent for all drivers in the United States—if you drive under the influence of alcohol, drugs, or substances like inhalants, you can and will be charged with DUI.

Teen Sets Up A DUI Checkpoint, Lands Himself In Hot Water
Next Post: Life After A DUI In Utah