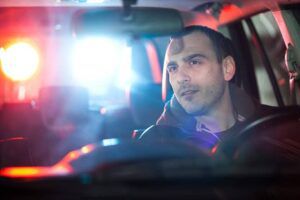 If you live in Colorado, you may be following the debate over how they plan to deal with repeat driving under the influence (DUI) offenders. Just like in any state, repeat offenders are a real problem that both law enforcement and lawmakers struggle with how to best address.

In other states, most repeat offenders with 3 or more DUI convictions will be charged with a felony. Colorado has been one of the few states without a felony DUI law, but that may be about to change. With several victims of DUI standing up in support, a bill to pass a felony DUI law was approved by Colorado’s House Judiciary Committee and passed through the House Finance Committee with unanimous approval.

There was an amendment to the original bill that was added before it passed – instead of having 3 or more DUIs result in a felony charge, the state of Colorado would like to have four DUI’s in a lifetime to be the requirement for a felony.

As it stands today, a repeat DUI offender in Colorado has a fairly light punishment. They will spend up to one year in jail, pay $1,500 in fines, and lose their driver’s license for one year. They will also be required to install an ignition interlock device.

If the felony DUI bill passes, it will be an automatic felony if someone receives 4 or more DUI’s in a lifetime, drives drunk with a minor in the vehicle, leaves the scene of a crash, causes harm to a person or property, or if they have a blood alcohol concentration (BAC) of .15 or higher. Second or more DUI offenders will also be required to install an ignition interlock device for 2 to 5 years.

The fight for the felony DUI law is not over yet – next up is the House Appropriations Committee where it may see a bit of opposition. To stay up to date on Colorado’s DUI laws, keep watching Guardian Interlock.