Can You Stop Binge Drinking By Sending A Text?

You are here: Home / General Information / Can You Stop Binge Drinking By Sending A Text?
July 24, 2014 by Matt Talley 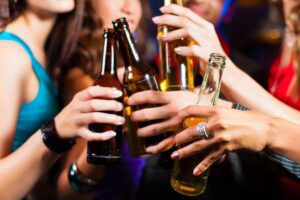 Imagine a world without the Internet, texting, or smartphones – although these tech innovations haven’t been around for that long, most people can’t fathom what life would be like without them. Because millennials between the ages of 18 to 24 are among the groups most addicted to their smartphones and texting, it makes sense that this type of technology is used to get important messages across. That’s why medical professionals decided to try out text messaging as a way to stop young adults from binge drinking.

The findings of the study were published in Annals of Emergency Medicine. Out of the three groups, the group receiving text messages and asking for feedback stated they cut their binge drinking by 51 percent. The other two groups reported increasing their number of binge drinking days.

The moral of the study? Binge drinking is dangerous, and any avenue that can cut down on excessive alcohol consumption should be pursued. With alcohol related deaths on the rise, maybe it’s time to talk to young adults in a way they relate to by picking up the phone and hitting send on a text message.

DUI And Ignition Interlock Laws In Florida
Next Post: No Easy Way Out For Teens Driving Under The Influence In Florida