Can You Enter Canada With A DUI On Your Record?

You are here: Home / General Information / Can You Enter Canada With A DUI On Your Record?
May 18, 2015 by Matt Talley 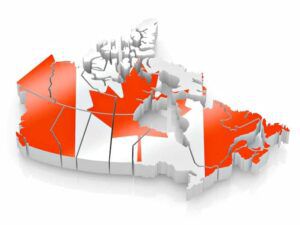 Even if you’re driving under the influence (DUI) conviction is long in the past and you’ve completed all of the penalties associated with it, it could still crop up when you least expect it. Take traveling for example—when it’s time to kick back and relax on vacation or if you’re planning on moving abroad to work, you don’t want a long forgotten DUI to block your plans. But sometimes, like in the case of the Canadian border, it could stop you before you even enter the country.

In the United States, a first DUI with no injury or aggravating circumstances will be considered a misdemeanor. If there is an injury or death, some states will up the charge to a felony. Fines, jail time, and penalties like ignition interlock devices are levied according to the type of charge you receive, with felonies often receiving more severe penalties.

When you’re traveling to Canada, the border will look at the specific type of DUI you have on record, the number of times you’ve been charged with DUI, and when your sentencing was complete. Although the U.S Customs and Border Protection website indicates that Canada does not allow people with DUIs to enter the country, there may be the possibility of a waiver if you apply prior to traveling.

If you need to travel to Canada for work or longer periods of time, you could also explore the following:

Permanent Rehabilitation – If you’re traveling to Canada repeatedly you may want to permanently resolve your inadmissibility issue by applying for Criminal Rehabilitation. More than 5 years have to pass since the completion of your sentence, and the application process takes a year or longer to process so you should take steps to apply long before you travel.

Deemed Rehabilitation – If more than 10 years have passed since a single DUI, you may be deemed rehabilitated because of the time that’s passed. If you’d like to explore the possibility of deemed rehabilitation, be sure to contact the Canada Border Services Agency before you travel.

When you plan on crossing the border into Canada and you have a DUI on your record, your best bet is to contact counsel and find out if your particular case will keep you from crossing into the country. For more information on traveling to Canada, contact the Canada Border Services Agency.

Life After DUII In Oregon
Next Post: Life After A DUI In New York