Up North They Use Nickelback Music To Stop Drunk Drivers

You are here: Home / Offbeat / Up North They Use Nickelback Music To Stop Drunk Drivers
December 19, 2016 by Matt Talley 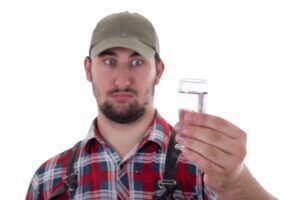 If there’s one thing more Canadian than Tim Hortons, hockey, or toques, it’s Nickelback. The band from British Columbia hit it big a few years ago with hits in Canada and the USA, and although that cements their place in Canadian history, it doesn’t mean everyone loves them.

In Canada it’s so accepted to hate on Nickelback that one police officer in the province of Prince Edward Island (P.E.I) borrowed an idea from a Minnesota detachment and decided to punish drunk drivers by playing the band’s music.

Kensington, P.E.I police posted on Facebook that if and when they stop drunk drivers, those drivers would be subject to a criminal charge of impaired driving, fines, driver’s license suspension, and to really punish them, force them to listen to Nickelback in the back of the squad car on the way to the jail. The post went not to say that there was no point in ruining a perfectly good unopened copy of the band’s music, so please don’t drink and drive.

Kensington police weren’t the first officers to threaten drunk drivers with bad music. The Minnesota police detachment they borrowed the idea from offered to blast One Direction for their drunk drivers, and people both in Minnesota and online loved the idea. It was retweeted on Twitter thousands of times over a 24 hour period.

Turns out Canadians didn’t think the Nickelback version was as funny, and neither did Nickelback themselves.  They asked that the threat be removed from the Facebook page and the Kensington police department issued an apology to the band for citing their music as punishment for drunk drivers.

Although they landed in hot water, you can’t fault P.E.I police for trying to stop drunk drivers. At the end of the day they did succeed in getting people talking about drunk driving, and from the sounds of it, no one was actually forced to listen to the band’s music because a drunk driving charge.

Friday Fallout: Drink And Drive With Kid In Car? This Father Is Going To Jail
Next Post: Washington State Closes Ignition Interlock Loopholes