Colorado Drunk Driving Laws No Longer Have This Loophole

You are here: Home / Law / Colorado Drunk Driving Laws No Longer Have This Loophole
June 28, 2017 by Matt Talley 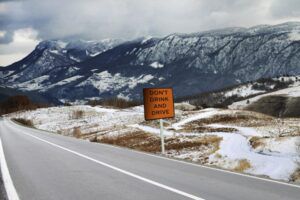 If you don’t live in the state you may not have noticed, but Colorado drunk driving laws have been changing over the past few years. As of 2009 the state has required all offenders to install an ignition interlock device for at least 8 months, and there are also different distinctions and penalty levels for DWAI (driving while ability impaired) and aggravated DUI.

Now state lawmakers have changed Colorado drunk driving laws again; this time by toughening up on repeat offenders. HB17-1288 had been proposed to close a loophole that was allowing some repeat offenders to skip out on jail time.

But as of August 9th of this year, that loophole will close. Thanks to this bill, Colorado drunk driving laws will change to require any offender charged with a 4th DUI or higher to spend a minimum of ninety days in jail. That offender will also be required to perform forty eight hours of community service, they must pay for and attend an alcohol treatment program, and they will be required to install ignition interlock for a period of four years.

Like most drunk driving laws, this tightening of laws was motivated by a drunk driving crash. One repeat offender with 7 drunk driving convictions struck a family and killed a father and his two boys. It’s a tragic crash that left a woman a widow and without her children, and it’s hard not to think that someone with this many convictions should have been inside a jail cell instead of out on the roads.

Hopefully this new law is what Colorado needs to keep repeat offenders off the road in the state.

Missouri May Lose Federal Funding For DWI Checkpoints
Next Post: No, This Graduation Crash Wasn’t Due To Teen Drunk Driving