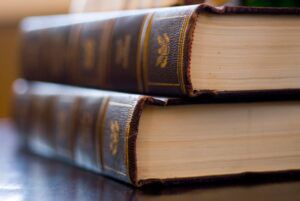 There are a lot of steps involved when a state moves a drunk driving bill from the initial stages to an actual DUI (driving under the influence) law, but once lawmakers have their final signature their job is, for the most part, done. Police can then use the law to charge offenders, and judges can prosecute the offender under the new law to penalize him or her for making the choice to drink and drive.

Laws are use effectively all the time, but sometimes a law passes that isn’t quite as effective as one would hope. That’s what seems to have happened with Colorado’s felony DUI law, although no one seems to know why yet.

According to the Denver Post, judges in the state of Colorado are sentencing repeat drunk drivers who have received a felony DUI charge in ways in different ways. They found that one in twelve defendants didn’t even receive jail time while others were getting long-term stints in prison.

When the felony DUI law passed, it stipulated that if you received three or more DUI convictions in Colorado you’d be charged with a felony, and that felony charge came with up to six years in prison. After reviewing over three hundred felony DUI offender cases, the Denver Post found that twenty-five of the cases ended with zero jail time and only probation or community service. Forty eight percent of the offenders went straight to jail, while thirty percent ended with time in significant time in prison. There were even a few offenders who were sentenced to home detention.

The Denver Post didn’t speculate as to why this is happening in Colorado, but it may be a period of adjustment that levels off for future cases. The problem is that these are repeat drunk driving offenders being dealt with, and a real effort needs to be made to take them off the roads in the way the felony DUI law intended. Otherwise there is a risk they may drink and drive again, and the next arrest could be because they killed someone.

Two Types Of Ignition Interlock Lockouts That Could Happen To You
Next Post: Drunk Drivers Not Learning From Mistakes In Maryland