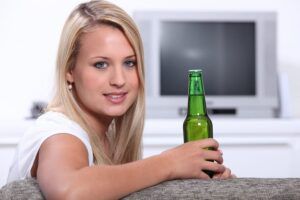 There’s a long held belief among some parents that underage drinking is OK as long as it’s done at home. That’s why parents will buy alcohol and host underage drinking parties for their children and friends: at least if they’re drinking at home, they’re safe and sound, right?

The Wisconsin government doesn’t think so, and one state representative has reintroduced a bill that would prohibit an adult from allowing underage drinking on their property. There is currently a law where parents can be fined for providing alcohol to a minor, but the onus is on law enforcement to prove the parent purchased the alcohol in the first place.

This is a bill that, if passed, won’t just stop parents from subverting local drinking laws by allowing kids to drink on their property. It will reduce the possibility that those kids will leave, get behind the wheel of their car, and drink and drive. Traffic crashes are the number one cause of teen death in the United States, and according to data from the Centers for Disease Control and Prevention, 17% of drivers age 16 to 20 were who were involved in fatal crashes had a blood alcohol concentration (BAC) of .08% or higher.

Wisconsin has some of the most lax drinking and driving laws in the entire nation, and a first time offense ends up in a ticket, not a criminal charge. Along with this bill to stop parents from providing their kids with alcohol, there are several bills on the table this spring to toughen up drinking and driving laws. If they all pass, within a year Wisconsin should be a much safer place for everyone who lives there.

With So Many Alcohol Related Crashes, Why Do People Still Drive Drunk?
Next Post: Big Beer Companies Have Designated Driver Programs Too