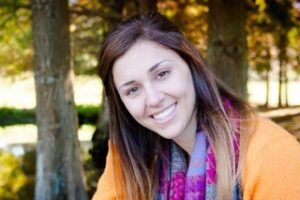 Death may be part of life, but when you lose someone young and just beginning his or her life, it’s hard to make any sense of it. It’s even harder when that person was lost due to someone’s irresponsible choice to drink and drive.

After one Florida drunk driver crashed into and killed a University of Central Florida student, her father decided to make it his mission to stop other families from losing someone the same way.

Keri Anne DeMott, a 20 year old, was driving on State Road 407 when 22-year-old Keith Pumphrey drove his car straight into her. His blood alcohol concentration (BAC) was .132, and when he was charged DeMott’s family found out that this wasn’t his first drunk driving conviction in the state.

Although he was sentenced to 15 years in prison for killing the young student, her father Bill DeMott doesn’t find any consolation in the sentence. He’s said that “prison can’t lock away the pain, and the courts can’t raise Keri from the dead.”

Like other family members of people killed by drunk drivers, DeMott had to find a way to channel his grief. He’s doing so by trying to enact change at the legal level, and he’s attempting to make it mandatory for Florida drunk drivers to install and use ignition interlock devices. Right now, interlocks are part of Florida driving under the influence (DUI) penalties, but they aren’t mandatory.

DeMott finds it unbelievable that repeat offenders don’t need to use the device, and he’d also like to tighten sentencing so that if someone else kills another person while drunk driving, they could get more jail time than the 15-year maximum sentence Pumphrey received.

He’s not the only one pushing for stricter DUI laws. There’s currently a bill on the table that would toughen Florida drunk driver laws and require first time offenders to install an ignition interlock if he or she is stopped for drinking and driving.

Laws could be changing, but in the meantime, DeMott keeps the memory of Kari alive by joining local police on Florida saturation patrols and Sector 2 Noise and Alcohol Patrol rides, where they target underage drinkers. It won’t bring her back, but it could save a life.

Tips To Stay Safe On July 4th
Next Post: What Is A Hardcore Drunk Driver?