David Cassidy’s Drunk Driving Has Cost Him His License

You are here: Home / General Information / David Cassidy’s Drunk Driving Has Cost Him His License
April 28, 2016 by Matt Talley 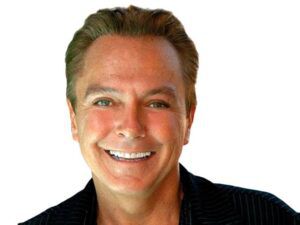 It’s beginning to look a lot like a few celebrity baby boomers are becoming less famous for singing, dancing, or acting and are more famous for being arrested for multiple drunk driving offenses. That’s the case with David Cassidy, and the one-time teen heart throb from the 1970 show The Partridge Family has had his share of legal trouble involving DUI (driving under the influence).

His first of many drunk driving offenses came in November of 2010 in Florida, and he was arrested again in New York three years later. When he was arrested in New York he was also facing felony charges in Florida, but that didn’t stop him from receiving a third DUI in California in 2014. The California arrest also saw him charged with driving on a suspended license, which he received for his New York DUI.

Despite his history of DUI, he wasn’t given jail time for his California arrest. He was ordered to go to rehab and put on probation for five years. Unfortunately for Cassidy, he violated that probation by becoming involved in another crash; this time a hit and run in Fort Lauderdale, Florida. He was charged with leaving the scene of a crash, expired tags on his vehicle, and driving on a suspended license.

The sentence for that crash has just been handed down, and he’s agreed to give up his Florida driver’s license for 5 years. That means no driving under 2021, at which time Cassidy will be 71 years old. He’ll also spend another two years on probation.

Although he’s had multiple drunk driving offenses, Cassidy isn’t the only celebrity baby boomer arrested for DUI. Kelly LeBrock, an actress best known for her role in ‘”Weird Science,” was arrested in 2013 for DUI in California. Sally Struthers, best known as Gloria from the Archie Bunker show, was also arrested for OUI (operating under the influence) in Maine in 2012.

Cassidy has admitted to having a problem with alcohol, so let’s hope that this last arrest is the motivation he needs to get help and move on from his numerous DUI charges.

Here’s What You Need To Know About Drunk Driving Laws In Washington
Next Post: Your Seasonal Reminder About Boating Under The Influence