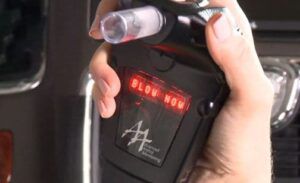 Some people who are charged with drinking and driving simply accept their penalties and move on with their lives. Those are the people who will probably never re-offend, because they’ve learned their lesson after making the mistake of drinking and driving. Other people however, never seem to learn that drinking and driving is dangerous, and they continue to get behind the wheel of a vehicle after having a drink or two, drive during their license suspensions, and use loopholes to get out of using their ignition interlocks.

The bill will also give an incentive to first time operating while intoxicated (OWI) offenders to install an ignition interlock device. If they waive their right to a hearing and they immediately install the device, they won’t be required to lose their driving privileges.

As of right now, Wisconsin requires ignition interlock devices for repeat offenders, anyone who registers a blood alcohol concentration (BAC) of twice the legal limit, anyone who refuses a field sobriety test, and anyone who injures or kills someone while drinking and driving.

Wisconsin is now at the point where the Assembly Committee On Transportation is hearing testimony on the bill. Will it pass? That remains to be seen, but if it does you can guarantee there will be a lot more people driving with an ignition interlock device in Wisconsin.

Anti-Checkpoint Lawyer Arrested At, You Guessed It, A Checkpoint
Next Post: The Highest Blood Alcohol Concentration Ever Recorded?