What’s The Difference Between DUI And DWI?

You are here: Home / General Information / What’s The Difference Between DUI And DWI?
July 10, 2015 by Matt Talley 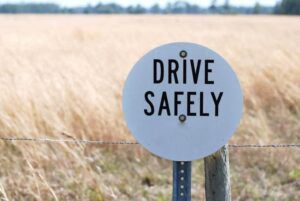 There are a lot of different terms people use when it comes to describing someone who is drunk. From ‘sloshed’ to ‘juiced,’ there’s always a new slang term to refer to people who have been drinking. But if that same person got behind the wheel of the car while drunk, there will only be a few specific terms law enforcement and lawmakers will use when laying charges for drinking and driving.

All of these terms have the same basic definition as DUI, with the differences in penalties specified in state-by-state laws.

Across the United States, the blood alcohol concentration (BAC) at which you can be charged with DUI, DWI, and OWI is .08, but that’s not to say that you can’t be charged with a drinking and driving related offense if you register under .08 on a breathalyzer. Take DWAI in New York State for example—the term means driving while ability impaired, and if you’re stopped for suspicion of DWAI you can be charged if your blood alcohol concentration is more than .05 but less than .07.

Some states also add aggravating factors to their drunk driving charges, and you can be charged with aggravated DUI if you caused bodily harm, killed someone, or had a blood alcohol over .16.

No matter which term your state uses to charge people with drinking and driving, the underlying message is the same—it’s illegal to drink and drive, so hand the keys over to someone else if you’ve been drinking.

Life After A DWI In New Mexico
Next Post: The Harshest States Vs The Most Lenient States For DUI