You are here: Home / Law / Here’s Why You Don’t Want To Drink And Drive With Your Kids In The Car
August 26, 2015 by Editorial Staff 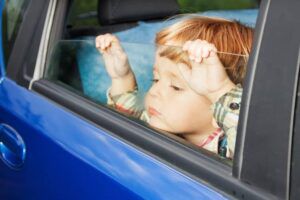 Most people realize that when you choose to drink and drive you run the risk of injuring or killing yourself or someone else. But that’s just most people. There are a lot of people out there who don’t even consider the risks of drinking and driving, and not only will they go for a drive after having a drink or two, they’ll take their kids along with them.

Almost every day you can read somewhere about how a parent drinking and driving with their kids in the car, but if that parent decides to do that in New York State, they’ll have to deal with a law specifically designed to penalize them for doing so. In addition to charges for driving while intoxicated (DUI) law in New York State, people who drink and drive with a minor under the age of 16 in their vehicle are subject to Leandra’s Law.

Leandra’s Law came into effect on December 18th, 2009. It was named in memory of 11-year-old Leandra Rosado, a young girl killed in an SUV she and several other children were riding in crashed due to the driver being drunk. When Lendara’s Law was passed, New York became one of 36 states with special child endangerment laws that penalize people who take children with them when they drink and drive.

Think twice before you drink and drive, especially if you’re responsible for children and they’re with you. It’s far easier to call a cab for everyone to get home safely than it is to run the risk of taking an innocent life.

Drunk Driving Myths You Need To Know About
Next Post: Lock Up And Drive Sober With The Breathalyzer Bike Lock