Do You Know The Penalties For Aggravated DUI In California?

You are here: Home / Law / Do You Know The Penalties For Aggravated DUI In California?
April 20, 2015 by Matt Talley 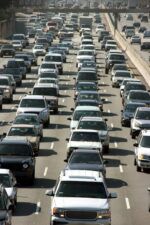 When you’re pulled over or you go through a checkpoint and the officers suspect you of driving under the influence (DUI), you probably know you’ll be facing certain penalties. Although California DUI law sets requirements for penalties like driver’s license suspensions, fines, and in certain counties, an ignition interlock for first offenders, these penalties may not apply if there are mitigating factors involved in the DUI.

An Aggravated DUI charge in California can be considered if a few aggravating factors are added to the DUI charge, and the charge may be levied if the driver has any of the following:

If the driver has a blood alcohol concentration that’s double the legal limit or .15 and higher, enhanced penalties may be added.

Refusal to take a chemical test

California, like most states, has an implied consent law. That means if you accept a California State driver’s license, you agree you’ll submit to a breathalyzer if you’re stopped for suspected DUI. If you refuse, you could receive an immediate driver’s license suspension for at least one year and enhanced penalties when you’re court date comes up.

DUI with a minor in the vehicle

Having a minor, or person under the age of 14 in your vehicle when arrested for DUI. could result in you receiving additional penalties.

If your DUI resulted in injury or death to more than one victim, you can almost guarantee you’ll be receiving more than the minimum DUI penalties.

Prior DUIs or Felony DUI

If you’ve had a prior DUI or have had so many DUIs on your record that you’ve qualified for a felony, you’ll receive extra penalties at your sentencing.

The additional penalties for an aggravated DUI are generally up to the judge and depend on the individual situation, but you can get an idea for what they could be when you consider the penalties for a 4th DUI conviction – a 4 time DUI offender in California requires up to 16 months in jail, up to $18,000 in fines, a 4 year driver’s license suspension, and an ignition interlock requirement.

Any type of DUI has the potential to be life altering, so stay safe by handing over your keys the next time you’re considering getting behind the wheel after drinking.

Simple Advice For Anyone Convicted Of DUI
Next Post: Life After a California DUI