Reading, Writing, Drinking And Driving? DUI A No Go For Teachers

You are here: Home / General Information / Reading, Writing, Drinking And Driving? DUI A No Go For Teachers
November 14, 2016 by Editorial Staff 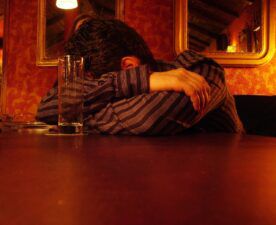 Teachers have lives too, and when they pack away their books and lock the classroom door for the day or weekend, they take off their teacher’s hat and resume their every day lives. Just like anyone else, that day to day could include drinking alcohol, and if they make poor choices, drinking and driving.

Just like anyone, teachers need to realize that they have accountability when it comes to what they do in their off hours. A drinking and driving conviction can have severe consequences for anyone, but for a teacher, even if he or she wasn’t on the clock when it happened, it can be catastrophic.
Case in point? Michael Hargis, a culinary arts instructor for Lebanon High School in Tennessee, was arrested and booked into jail for drinking and driving after he crashed his car. He was charged with both DUI (driving under the influence) and a violation of the implied consent law, and was let free on bail to wait out his day with the judge.

That’s a bad situation for anyone, but as a teacher Hargis was required to report to his supervisor at the school that he had been arrested. He did so, and now he’s been suspended from his job without pay too. If he’s convicted he could face up to eleven months in jail, pay up to $1500 in fines, and lose his driver’s license for one year. He’ll also be required to install an ignition interlock in any vehicle he drives.

It might be a choice that thousands of people make every day, but drinking and driving isn’t a choice that any teacher should make, ever. As an educator you lead by example, and what kind of example is a teacher setting if he or she makes the decision to drive drunk? Hopefully this teacher has chalked this up to a lesson learned, is thankful that he didn’t kill anyone in the process, and from now he makes a conscious choice to say no to driving after drinking.

Friday Fallout: Animals Can Get Killed In A Drunk Driving Crash Too
Next Post: Making New Breathalyzer Rules Considered An Emergency In Oklahoma