You are here: Home / Law / Ignition Interlock And DUI Laws In Tennessee
December 8, 2014 by Matt Talley 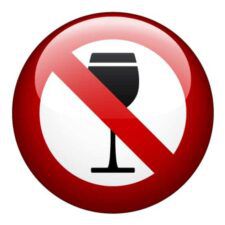 Tennessee – home of the Grand Old Opry, Nashville, and greenery as far as the eye can see. But while you’re enjoying the sites and sounds of this beautiful state, make sure you’re not doing so while drinking and driving. In 2013, Tennessee became the 19th state to enact an all-offender ignition interlock law, and they have harsh penalties for anyone who drives under the influence.

A first driving under the influence (DUI) offense in Tennessee is costly.

If you receive a second DUI conviction in Tennessee, the penalties are even more severe.

According to Mothers Against Drunk Driving (MADD), Tennessee saw 295 drunk driving fatalities in 2012, and that number was up by 14% from the year before. With the new ignition interlock requirements in 2013, the number of alcohol-related fatalities has dropped to 211. Hopefully they’ll see that number continue to drop as more ignition interlock devices are put into place for all-offenders in Tennessee.

Take A Cue From MADD This Holiday
Next Post: Is It Time To Toughen Up DUI Laws In Tennessee?