Research Shows Uber Is Stopping People From Drinking And Driving

You are here: Home / General Information / Research Shows Uber Is Stopping People From Drinking And Driving
September 18, 2015 by Matt Talley 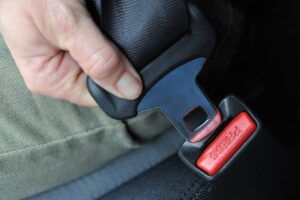 There have been a lot of ups and downs for Uber in the past year, but the ride sharing program is getting its fair share of good press lately. Researchers out of Temple University took a good look Uber data and uncovered some patterns that anyone interested in the fight against drunk driving would be interested in.

Two researchers analyzed Uber’s California data from 2009 to 2014 and found that once Uber arrived on the scene, the state saw a reduction in driving under the influence (DUI) related deaths for users of Uber X.

Uber X is a private car service offered by Uber, and it’s a low cost way to get you where you need to go without you having to drive. The researchers found that the use of Uber X led to between a 3.6 to a 5.6 reduction in alcohol-related homicides. In their calculation they noted that there were 13,000 DUI-related deaths per year, and if Uber X was implemented nationwide, it would save over 500 people every year.

Taxis didn’t do as well in this study, and researchers criticized the blocking of Uber by the taxi industry. They feel that because there aren’t enough taxis on the road, people could make the decision to drink and drive.

Now that there’s hard data supporting a decrease in drinking and driving because of the efficiency of ride sharing like Uber, the researchers are recommending that restaurants and bar owners sign up for the service. Because they are on the hook for over-serving people, having a back up like Uber could help release them from liability should someone make the decision to drink and drive.

Times have changed from the days when your only option for a sober driver was to wait patiently for your taxi to show up. Studies like this one show that ride-sharing programs like Uber are here to stay, and even better: they’re working to fight drunk driving.