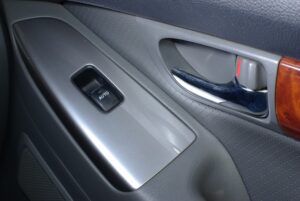 A year ago you might not have heard of Uber, but in the past 12 months the ride sharing company has gained mass popularity and exploded in the media. With popularity comes publicity, both good and bad.

Some of the publicity has been mild, with Uber drivers accused of rating their passengers so they can avoid people they don’t want to pick up. Other bad publicity has included accusations of rating passengers to the more serious sexual assault claims.

The good publicity includes a partnership with Mothers Against Drunk Driving (MADD). The two worked together on a report declaring Uber to be the reason why drunk driving crashes in California have decreased by 60 per month for drivers under 30 years old. That’s great news, right? 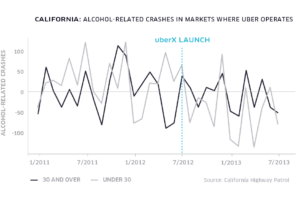 Although MADD has stated they stand behind the report and they believe Uber is a great tool to curb drunk driving, one blog has raised the question as to whether there is any cold, hard evidence to support Uber’s claims – that the ride sharing service is directly responsible for a decrease in drunk driving crashes in California.

So even if there was a slightly larger drop for drunk driving fatalities in Uber markets, does that mean the ride sharing service is directly responsible for the under 30’s crowd decrease in California crashes? It depends on how you choose to interpret the data, and in Uber’s case, their independent data analysis has resulted a decrease in drunk driving deaths. MADD, as co-author of the report, has choosen to back them up.

The publicity train behind Uber could also be the reason why drivers under 30 have shown have shown a decrease in drunk driving deaths for both Uber and non-Uber markets. There is a tide of popularity behind Uber resulting in a greater awareness of ride sharing in general, so more people may be likely to call a sober friend or a cab instead of putting the keys in the ignition.

Uber may or may not be responsible for a decrease in drunk driving deaths, but at the end of the day it doesn’t really matter. If the publicity behind the service keeps someone from putting their keys in the ignition after drinking, they’ve done their part in keeping roads safe.

Social Media Works For And Against The Fight To Stop Drunk Driving
Next Post: Oklahoma DUI Law Doesn’t Cover Tractors