This Week In Crazy DUI Stories: Drunk And Hiding Out On The Barn Roof

You are here: Home / Offbeat / This Week In Crazy DUI Stories: Drunk And Hiding Out On The Barn Roof
August 14, 2015 by Matt Talley 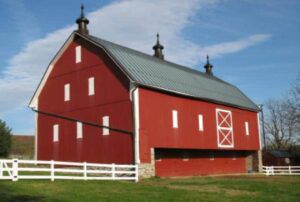 There are a lot of known side effects to drinking alcohol. It can affect your hand/eye coordination, your vision, and even your good judgement, and if you drink enough of it, you could end up in a situation that will have you wondering ‘what was I thinking?’ for the rest of your life. For one Pennsylvania man who was found hanging out on a roof of a barn, that’s exactly what happened.

Daquan Tate was driving under the influence in Pennsylvania, and he lost control and crashed into a speed limit sign and a roadside mailbox. That didn’t stop him though, because he kept driving until he hit an embankment and allegedly decided to ditch his car and flee the scene of his crash.

Police were on their way and looking for the offender, and when they found him he was perched on the roof a barn. If that’s not enough, the man was also completely naked, and he soon after he fell off.

Depending on whether or not he has a previous Pennsylvania DUI on record, the penalties Tate will face vary. Pennsylvania is a state with penalty tiers, so depending on what his blood alcohol concentration (BAC) was at the time of arrest, he’ll be charged on BAC levels of .08, .10 to .159, or .16 or higher.

As a first offender with .08 – .99 BAC, he’ll only be fined $300 and receive six months probation. If his BAC was between .10 and .159, he’ll receive anywhere from 2 days to six months in prison, $500 to $5,000 in fines, and a 12 month drivers license suspension. If he refused the breathalyzer test and he’s a first offender, he’ll also be required to install an ignition interlock in his vehicle.

This case is a classic example of not thinking while you’ve been drinking, and it’s a really good example of why people should never pick up the keys after they’ve had a glass or two of alcohol. If this man can end up naked on a barn after crashing his vehicle multiple times, what could happen to you if you drink and drive?

Life After A DUI In Georgia
Next Post: What If I Get A Friend To Blow Into My Ignition Interlock?