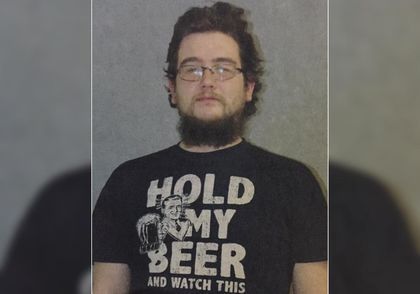 Drunk drivers can get themselves into some unique situations. From Florida drunk drivers who are arrested in nothing more than a bikini to a Pennsylvania drunk driver who was picked up wearing a ‘Drunk Lives Matter’ t-shirt on St.Patrick’s Day, there’s as many crazy stories as there are people involved in a drunk driving crash.

Now a Connecticut man has a story to tell when it comes to his own crazy drunk driving crash. He was recently picked up by police after a crash, and although that’s nothing new for police, what he was unique was what he was wearing and where he crashed his car.

With his t-shirt proudly announcing that someone should “Hold My Beer And Watch This,” the 25-year-old man crashed his car into a graveyard’s stone wall. Police soon realized he was drunk and arrested him for operating under the influence (OUI) and other charges.

In Connecticut, that OUI charge will net the offender some significant penalties. A first-time offender will receive an immediate 45-day driver’s license suspension, and he or she must install an ignition interlock device in any vehicle they drive. That interlock has to be used for a minimum of one year.

In addition to suffering through the penalties, the man has had to endure the fact that his mug shot has become a widely shared image on social media. That was thanks to a share by Connecticut police.

It just goes to show: if you’re going to drink and drive and do so while wearing a very ironic T-shirt, you’re going to have to be ready to pay the price. In this case, the viral photo and what must have been a terrifying crash into a graveyard would probably be enough to make sure this offender never drinks and drives or is the star of his own crazy drunk driving crash again.

DUI Laws Don’t Apply To Dogs, But They Do To Dog Owners
Next Post: Arrested For DUI In California? Here Are The “Other” Penalties