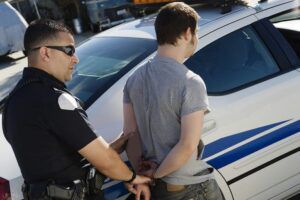 Can you imagine how terrifying it would be to be held up at gunpoint and asked to hand over your car keys? It’s something that happens every day in America, and thousands of victims have wondered if their lives were on the line because someone else decided they wanted to steal their vehicle. Fortunately for one Wisconsin man who was recently held up at gun point, his car was saved because it was equipped with an ignition interlock.

The man was about to get into his car when two other men came up and demanded his car keys. They instructed him to lie down on the ground while they drove away, and although he did so, he knew they probably wouldn’t be able to start the car because of the ignition interlock. Although they did attempt to start it a few times, the suspects were unsuccessful so they jumped out of the car and ran away.

These suspects weren’t the only potential car thieves who have been stopped by an ignition interlock. A store robbery in Connecticut went sideways when three men, with their arms full of stolen handbags from a department store, tried to get away in a car that was idling near by. Unfortunately for them, the car had an ignition interlock installed, and they couldn’t get it out of the parking lot. They jumped out and tried to escape on foot but were caught shortly after.

Yes, an ignition interlock is considered a penalty for a driving under the influence (DUI) conviction, but when you really think about it, there’s a lot to be grateful for when it comes to your ignition interlock. It stops you from making the choice to drink and drive, and in cases likes these, it can stop a car thief in his tracks.