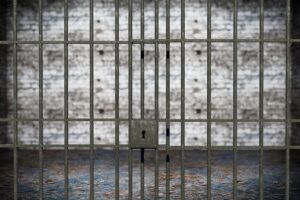 California has a lot of drunk driving crashes, and they happen so frequently there that you couldn’t possibly remember all of them unless one of them involved you or someone you know. But there’s one drunk driving crash in California that happened back in 2012 that, if you heard of it, you literally couldn’t forget it.

One night in 2012 a substance-abuse counselor named Sherri Lynn Wilkins had downed several drinks before she got behind the wheel. As she was driving through Torrence, California she struck a man with such force that he became embedded in the windshield of her car and stayed there.

She didn’t stop driving once the man became attached to her window either. Instead she continued driving on for two more miles and only stopped her car because she slowed at a stop light and other motorists noticed she had a body face down on her hood.  The crash is all the more ironic because the offender is a substance-abuse counselor.

Now, five years later, she’s finally been sentenced for two drunk driving charges and a second-degree murder charge. How many years does an offender get in jail for such a horrific drunk driving crash in California? In this case Wilkins was found guilty in 2014, had her case thrown out in appeals court, and then made the decision to plead no contest and received twenty five years to life in prison. This was a significant decrease from her first sentence of fifty five years to life.

MADD Report: 2.3 Million Drunk Drivers Stopped by Interlocks
Next Post: The Ins And Outs Of A Drunk Driving Offense In California