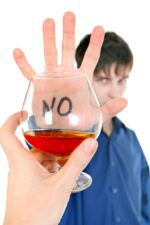 If no one ever tried to innovate in the fight drunk driving, there would be no police grade breathalyzers, no ignition interlock devices, and no roadside checkpoints. Life would go on as it did back when cars first hit the roads, and decade after decade would pass with drunk drivers claiming the lives of even more innocent people than it does now.

That’s why it’s not surprising that an opinion writer in Champaign County, Illinois has come up with what he hopes could be a solution to stopping drunk drivers. Although he acknowledges that both Illinois and Champaign County are already tough on drunk drivers, with an all offender ignition interlock law in place and numerous other penalties to deter drunk drivers, he also feels as though there could be other steps the county could take to stop these drivers.

Focusing on the issue of stopping people who have been drinking from driving home after they leave the bar at night, he’s suggested three steps:

These are good ideas, and they definitely take a new approach to the fight against drunk driving, but the implementation of a program like this would be difficult. On a busy night a bar would have their hands full with people who would need to blow before they could leave, and that wouldn’t stop anyone who just happened to have an extra set of keys in their pocket either. The room for error when obtaining a sample is also high, and there would have to be a rigorous training program for anyone who would be operating the breathalyzer.

A better idea of Illinois is to establish an ignition interlock compliance program and ensure that each and every offender who should be using an interlock actually is using an interlock. Because it’s so often repeat offenders and people driving on suspended driver’s licenses who make the choice to drink and drive over and over again, putting the brakes on these offenders is exactly what Illinois needs to curb their rate of drunk driving.

Just Say No To Mixing Nyquil, Alcohol, And Driving
Next Post: Should The Lookback Period Be Removed From New Mexico DWI Laws?