Breathalyzer Vs Blood Draw: The Supreme Court Makes Its Ruling

You are here: Home / Law / Breathalyzer Vs Blood Draw: The Supreme Court Makes Its Ruling
July 12, 2016 by Matt Talley 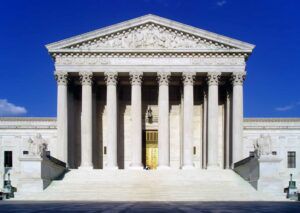 Police take samples of breath to determine how drunk someone is while driving, but have you ever wondered how invasive a breathalyzer test really is? Is it something you’d find embarrassing or painful?

Most people would probably say no, but just like everything in life, there are opponents to the act of submitting a blood alcohol concentration (BAC) via breathalyzer. After several states made it a crime to refuse, a case to determine an individual’s right to that refusal went all the way to the Supreme Court. Three drivers from North Dakota and Minnesota, states where you can receive a criminal charge if you refuse the breathalyzer, launched the case because they felt submitting a blood or breath test violates their Fourth Amendment protection against warrantless searches.

What the Supreme Court ultimately decided was that there was a fine line between submitting a breath sample and submitting a blood sample. A blood sample, involving the piercing of the skin, is much more painful, intrusive, and potentially embarrassing than a breath test. One judge stated that a breathalyzer was “no more demanding than blowing up a party balloon.”

Long court decision short, that means that suspected drunk drivers can still be arrested and criminally charged for refusing to submit a breath sample, but they can’t if they refuse to submit to a blood test.

The three drivers who took their cases all the way to the Supreme Court for consideration received far different outcomes. The penalty stands for the driver from Minnesota who refused the breath test. The driver from North Dakota who refused the blood test had their ruling reversed, and the other North Dakota driver who consented to a blood test under false pretenses will head back to state court.

Breath tests are a simple way for police to assess a drunk driver, and when people know they will be held accountable and there are repercussions to declining the test, they might think before they drink and drive.

This Is As Bad As A Drunk Driving Crash Can Get
Next Post: Texas Takes No Chances With Drunk Drivers