DUI Wolf Pack Is On The Prowl In Florida

You are here: Home / General Information / DUI Wolf Pack Is On The Prowl In Florida
May 10, 2016 by Matt Talley 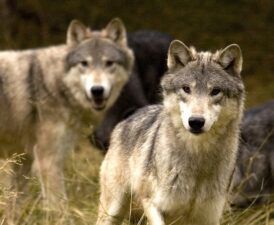 Have you ever heard of a DUI wolf pack (driving under the influence)? The general definition of a wolf pack is a group of people who hunt or attack together, and that’s exactly what police in Florida are doing when it comes to drunk drivers in the state.

Law enforcement in different Florida counties have been heading out on DUI wolf packs for several years. They’re designed to ‘educate drivers and create public awareness about the dangers of operating a motor vehicle while under the influence of alcohol and any chemical or controlled substances,’ and they’re done in addition to regular Florida DUI checkpoints in the state.

A recent DUI wolf pack was held in St.Petersburg, Florida. Police hit the road at 9 pm and were out in full force until 5 am. They targeted several counties, and just like wolves on the prowl, they watched the roadways and picked up and left different areas rapidly while monitoring traffic. These tactics are designed to ensure they find and take the maximum amount of drunk drivers off the road.

By all accounts, DUI wolf packs work, and they work well. Data has been released from a recent DUI wolf pack held in Pinellas County. They netted fifteen DUI suspects and laid four misdemeanor charges for people driving with suspended licenses.

They might travel in small packs, but Florida police have a few people along for the ride when they head out for these patrols. The St.Petersburg event was supported by the Tampa chapter of Remove Intoxicated Drivers (R.I.D). R.I.D’s is a national organization with chapters in many areas, and it is staffed by volunteers who, just like police, are dedicated to removing drunk drivers from the roads.

Hopefully the mobility and surprise factor behind DUI wolf packs will catch people off guard, and if they’re caught once, they think twice about drunk driving.

Stop Me If You’ve Heard This One: Crazy Drunk Driving Cases
Next Post: No More Ride Sharing In Austin: Uber & Lyft Pull Out