Everything Is Negotiable In Texas, Even DWI Penalties

You are here: Home / General Information / Everything Is Negotiable In Texas, Even DWI Penalties
September 22, 2016 by Editorial Staff 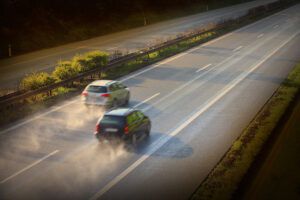 If you’ve ever heard someone say that everything in life is negotiable, they’re probably right. Negotiations can even extend to DWI (driving while intoxicated) penalties, or at least they do in Texas.

If you’re a first offender in Texas and you’re convicted, your DWI penalties should include up to 180 days in jail, $2,000 in fines, a suspended driver’s license for one year, and, if you want to resume driving as soon as possible, an ignition interlock.

When the offender in question appears before the judge and he or she is convicted, that person could receive all of these penalties, but they usually don’t. According to a legal expert on KHOU.com, instead of set penalties there may be a negotiation between the offender’s lawyer and the prosecutor. That means that offender could take a plea deal, end up with probation, or walk away with as little as a fine.

That’s the problem with Texas DWI penalties. Even if you’re a second or third time DWI offender, you could very well walk away with little jail time and a short driver’s license suspension. The problem with not punishing these offenders to the full extent of the law? The offender may see the lack of punishment as a reason to go out and drink and drive again, and that could be why Texas has such a huge drunk driving problem.

Out of all the states, Texas ranks as the state with the highest percentage of deaths coming from drunk driving. Although there are probably a lot of reasons for those deaths, you have to wonder if the varied Texas DWI penalties are one of them.

Texas recently passed an all offender ignition interlock law that could be the start of significant change in the state. Offenders are able to immediately install an ignition interlock if they’d like to avoid their driver’s license suspension, and if they drive with an interlock, you can be sure they aren’t drunk out on the roads because of they negotiated their way out of their DWI penalties.

It might be time for Texas to take a look at how it’s enforcing it’s penalties and stick to the book for awhile. Laws are created for a reason, and the reason drunk driving laws are created is to pull drunk drivers off the roads.